On October 28th, Cai Dong, Vice Governor of Jilin province, visited JAI to conduct a survey of its progress in application-oriented talents cultivation, cultural and creative business incubation and students’ employment and entrepreneurship. 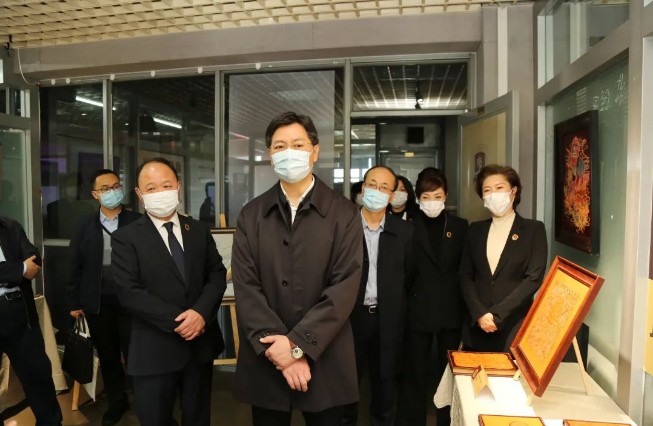 JAI is a National Cultural Industry Demonstration Base and its animation major has been selected into the National First-class Majors Construction Project. Cai Dong and other government officials visited JAI’s history museum and the Jilin International Animation and Comics Museum, the Innovation and Entrepreneurship Platform for Creation, the Education-industry Platforms for animation, comics, games, films and TV, and the IP merchandise showroom. During the tour, the team heard the report given by JAI’s president, Zheng Liguo, on the institute’s history, the talents cultivation model, the schooling characteristics, the development of the integrated Education-industry Platform, the scientific research achievements and students’ entrepreneurship and employment. Cai Dong talked to some teachers, students and young entrepreneurs and said, “It is impressive that you have brought to life many great works and products that are closely linked to Chinese mainstream values and at the same time, have kept a  focus on the market. ” 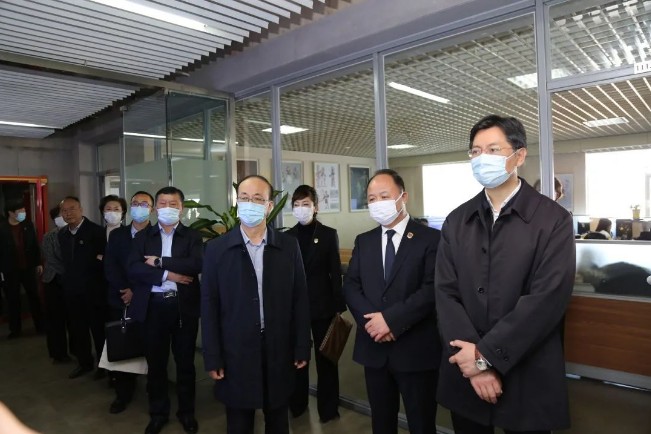 From more than ten creative studios and teams at the Innovation and Entrepreneurship Platform for Creation, Cai Dong learned about the development and transformation of their cultural and creative achievements, their entrepreneurial path, business models as well as the problems they had to deal with. Then he had in-depth communications particularly on the transformation of creative achievements and on-line/off-line business models. The vice governor conveyed high hopes for the prospects of innovative and entrepreneurial projects such as the R&D and design of gaming, the development and creation of Chinese Red comics, the image design of original IPs, and original handcrafts. He was surprised at the fact that most of the young entrepreneurs are students at JAI and exclaimed with delight, “ It takes courage to try and start a business at such a young age. I am very proud of you. ” Cai Dong hoped that JAI will keep strengthening its advantages and characteristics and promoting its core cultures of innovation, creativity, excellence and entrepreneurship. He suggested that JAI should focus on technological innovation such as the R&D of software with independent intellectual property rights. Combined with advanced technology, more outstanding artistic creations will be realized. In accordance with the requirements of the Jilin Party Committee and the Jilin government, the school must tap into its talents and technological resources, and constantly improve its R&D capability in terms of innovation and hence its competitive advantages, in a way that richer works and products that better convey Chinese cultures can be created and eventually loved by the audience. In return, the school’s creative business will get to expand. The vice governor also learned in detail about the plan for the development of JAI, especially the current construction of the new campus. He again showed expectation of a better future for JAI. 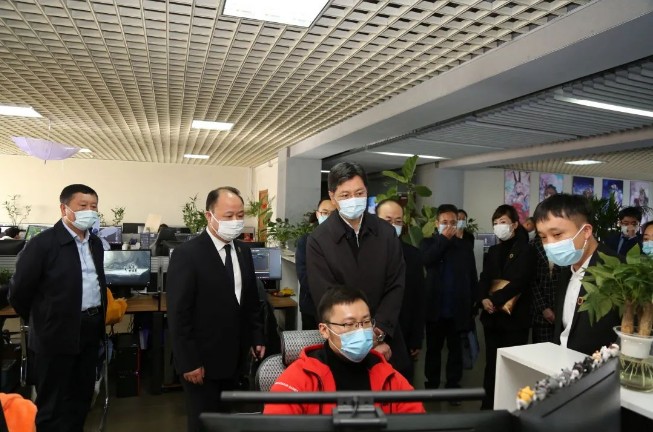