On October 9, Vice Governor A Dong visited JAI to conduct a survey of the development of the animation industry and the construction of innovation and entrepreneurship platforms under the instructions of Jing Junhai, Secretary of Jilin provincial Party committee, and Han Jun, Governor of Jilin Province. A Dong pointed out that institutions of higher learning should work under the guidance provided by Xi Jinping when he inspected Jilin, and in accordance with the strategy of the provincial Party committee and the provincial government. In that way, universities and colleges in Jilin will be able to exert their power in education and research and contribute to the cultural industries in Jilin and thus the prosperity of the province. 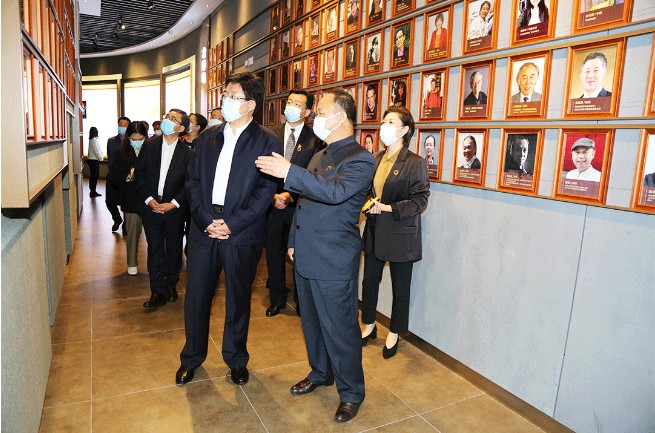 JAI is a National Cultural Industry Demonstration Base, and its animation major is recognized as a national first-class. A Dong learned the school’s history as well as its aim at JAI history museum. He then pointed out that it is essential that JAI adheres to the combination of education, practice and market demand, be an active player in the Changchun Film Festival, raises its production standard of animation, comics, games, film and television and franchise, and cultivates high-end application-oriented and innovative talents for the cultural industries. 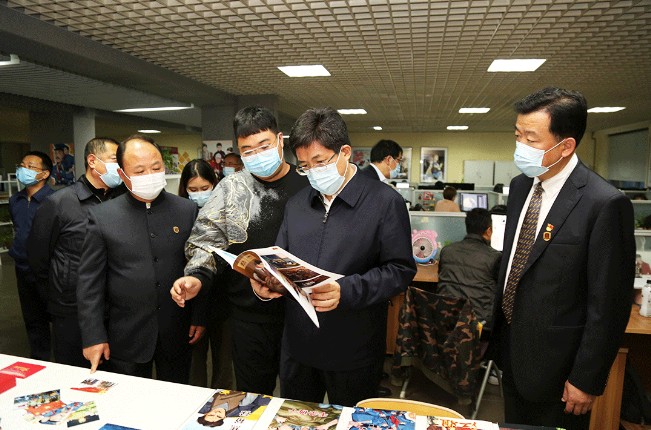 Next, A Dong came to the Education-industry Platform and talked to the employees. He expressed that JAI needs to take good care of its employees both at and outside work and try to let them know more about Jilin’s culture and customs. So the team can reach their fullest potential. 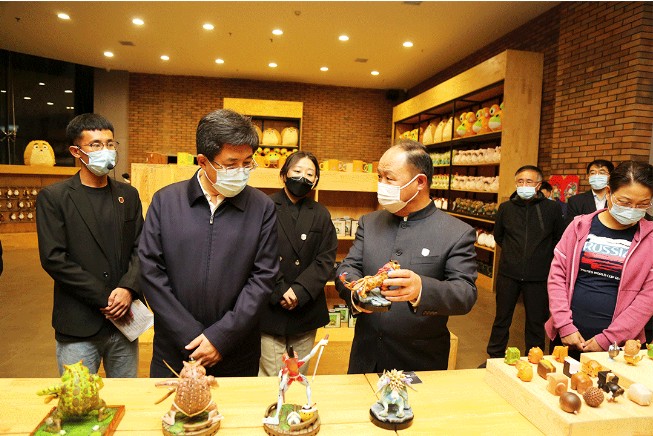 During the visit, Zheng Liguo, Chairman and President of JAI, gave the general picture of JAI and talked about the school’s Integration of Education, Research and Industry, its application-oriented cultivation of talents for the entire cultural and creative industries, JAI’s current creations in animation, comics, and games, students’ employment and entrepreneurial activities, and the construction of the Changchun International Film City and JAI’s new campus in Shuangyang.

A Dong recognized JAI’s achievements and regarded the school’s education programs and industry focus as relatively mature and unique practices. He stressed that the overall development of JAI will be part of the development of the cultural industries in Jilin.

With its goal of becoming a world’s top school and a  production base in animation and comics, JAI has been maintaining high employment rates and improving its education quality. The school taps into its powerful resources and attracts people to work in Jilin. The Jilin and Changchun governments will stand by JAI’s development and provide practical solutions. In particular, the government should introduce policies in favor of the attraction and retention of talents in the cultural industries in Jilin by means of incentives in work and life conditions. In that way, teachers and graduates, at home and abroad, will be willing to work in Jilin and have a sense of belonging, which will contribute to talent accumulation and the industry development momentum. I think as JAI plays its part in the strategic development of Jilin, it will grow into a top school in China and become internationally well-known.