The 13th China•Northeast Asia Expo was grandly opened at the Changchun International Convention and Exhibition Center on September 23, 2021.

JAI set up a 200-square-meter exhibition stand in Hall 9 of the Northeast Asia Expo. The exhibition area was divided into five main parts, including an outstanding achievement of "Integration of Education, Research and Industry" area, a light sculpture animation area, a red comic IP creation display area, a game project display and interactive area, as well as the naked-eye 3D work exhibition area, which showed the depth and breadth of JAI's overall industrial chain layout of the cultural industry, combined with the spatial layout of the scene both with dynamic and static, enriched the viewing experience while increasing the entertainment, and presented JAI’s creativity, practice and vitality in the field of cultural creativity from multiple angles. 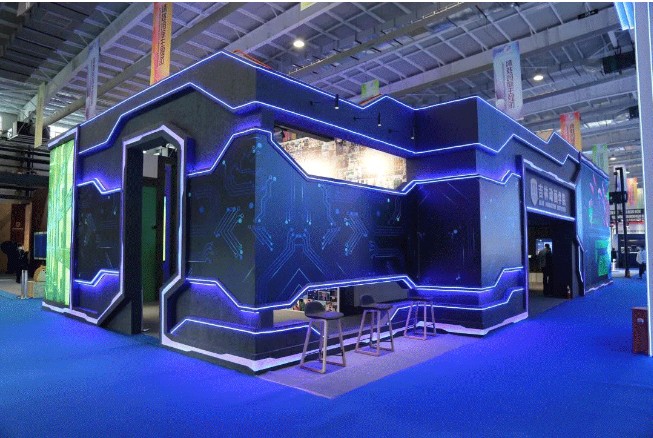 During the exhibition period, JAI promoted the excellent traditional culture of China based on an international perspective in recent years by presenting its achievements in "Education, Research and Industry" in this expo, focusing on the film and TV creations and the research and development of Chinese red comics in the first year of the "14th Five-Year Plan". Film and TV visual effects art, VR technology and other special projects, ingeniously presented the in-depth integration effect of technology and art in front of the public; at the same time, it promoted the development of innovation and creativity in the "two wings" of education and culture for the future, and transformed it into local economic and social development. JAI promoted the prosperity of cultural and creative industries and played an active role in this expo. This morning, Hideki Yokochi, the Education and Cultural Consul of the Consulate General of Japan in Shenyang, Leung Chi-yan, Director of the Office of Hong Kong Special Administrative Region (HKSAR) of the People’s Republic of China in Beijing (Beijing Office), Chen Xufeng, Director of the Hong Kong and Macao Affairs Office of Jilin Province came to JAI’s exhibition area to learn about integration between the sense of art and technology.

Immersive experience of the deep integration of art and technology 3D naked eye big screen is the most popular exhibition area.

As soon as I walked into the exhibition area of JAI, what I saw was the highlight area displayed on the naked-eye 3D large screen-the animated film "The Legend of Computer Urban" and the trailer of the live-action visual effects film "War of the Mountains and Seas". According to the reporter, naked-eye 3D has become a local landmark in Seoul, South Korea, New York, Shinjuku, Tokyo and other cities. JAI, as China's leading animation technology institute, is also participating in related technical research. The two works exhibited this time are independently planned, filmed and produced by JAI. Among them, "The War of Mountains and Seas" is a "CG + live-action" movie developed and produced based on the "Shan Hai Jing" as the film story, which was produced combining animation visual effects, film and TV visual effects, physical effects and other technologies. 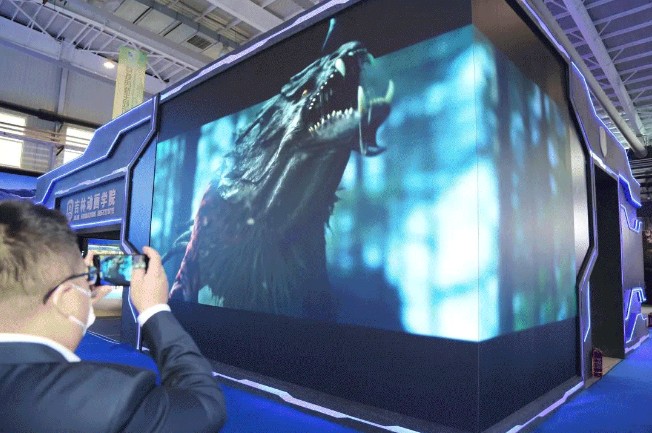 3D live action plus virtual special effects, strong visual impact, shocking sound effects, a large number of artistic and technological elements have attracted many guests and exhibitors to stop and appreciate this new technology. In front of the big screen playing the trailer of the live-action visual effects movie "The War of the Mountains and Seas". Changchun citizen Mr. Wang sighed: "The first time I saw the 3D naked eye big screen live, it was too shocking. It seems that the film production level of JAI has reached the international level, I am looking forward to the release of this film and I’m sure to go to the cinema to watch it!"

As the first domestic undergraduate university to train professional application-oriented talents in the field of animation games, JAI actively responds to the country's deepening of the integration of industry and education, adheres to the concept of "Integration of Education, Research and Industry", and builds a professional group based on the layout of the industry chain. A relatively complete and sustainable professional layout of the entire cultural industry chain. JAI now has 12 schools including animation, comics, games, film and TV, and virtual reality, etc. It offers 36 undergraduate majors in animation, comics, digital media art, and visual communication design. So far, it has sent more than 40,000 outstanding talents to the country and the regional places. 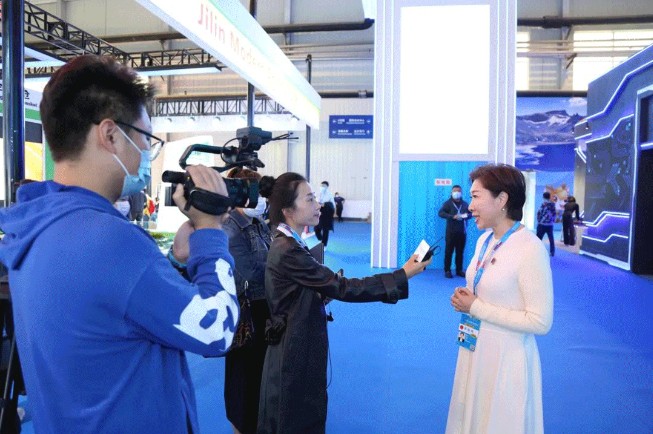 At the exhibition site, dozens of JAI students made a collective appearance with various cartoon characters. Liu Xin, Vice Chairman and Vice President of JAI, said in an interview with a reporter from China Jilin Media: "based on the teaching and research industry of animation, comics, games, and professional resources like virtual reality, film and TV technology and other resources , JAI fully promotes the construction of a multi-module and full-chain film industrialization process system integrating pre-production, mid-term production, and post-production, and promotes animation visual effects, physical special effects, film and TV visual effects and other specialties. The development of the practice system will effectively promote the in-depth integration of film technology and film art. In the future, JAI will enter the core area of Changchun International Film City to further promote the development of Changchun International Film City."

The characteristics of the exhibition area of JAI also attracted the attention and interviews of many medias.

JAI exhibition area set up in the "Science and Technology Innovation Theme Pavilion" (Hall 9) of the China-Northeast Asia Expo attracted visitors attention with its unique animation elements, a sense of scientific and technological experience, and platform teaching results. It also attracted many medias’ attention, including CCTV media, local medias and other new medias.

When the China Central Radio and Television Station-CCTV Jilin Channel was in the "Science and Technology Innovation Theme Pavilion" of this Expo, it conducted a live webcast of JAI’s exhibition area for nearly an hour. Liu Xin, vice chairman and vice principal of our school, introduced the characteristics of JAI in detail.

Jing Junhai, Secretary of the Provincial Party Committee, and Han Jun, Deputy Secretary and Governor of the Provincial Party Committee, inspected the 13th China-Northeast Asia Expo. Many young visitors gathered in the exhibition area of JAI. Jing Junhai and Han Jun were very happy to learn that the construction of JAI’s animation industry park has made positive progress. Jing Junhai urged JAI to solidly promote the integration of education, scientific research, and industry, gave full play to its own resource advantages, effectively opened up the industrial chain, value chain, talent chain, and innovation chain, and strive to build a world-class animation industry base.