After being selected in Annecy International Animation Film Festival 2020, Jilin Animation Institute’s animated short film "10000 Ugly Inkblots" was shortlisted once again in one of the four major animation film festivals in the world- Ottawa International Animation Festival 2020 in Canada. In this competition, "10000 Ugly Inkblots" was selected out of a total of 1950 entries from 84 different countries. 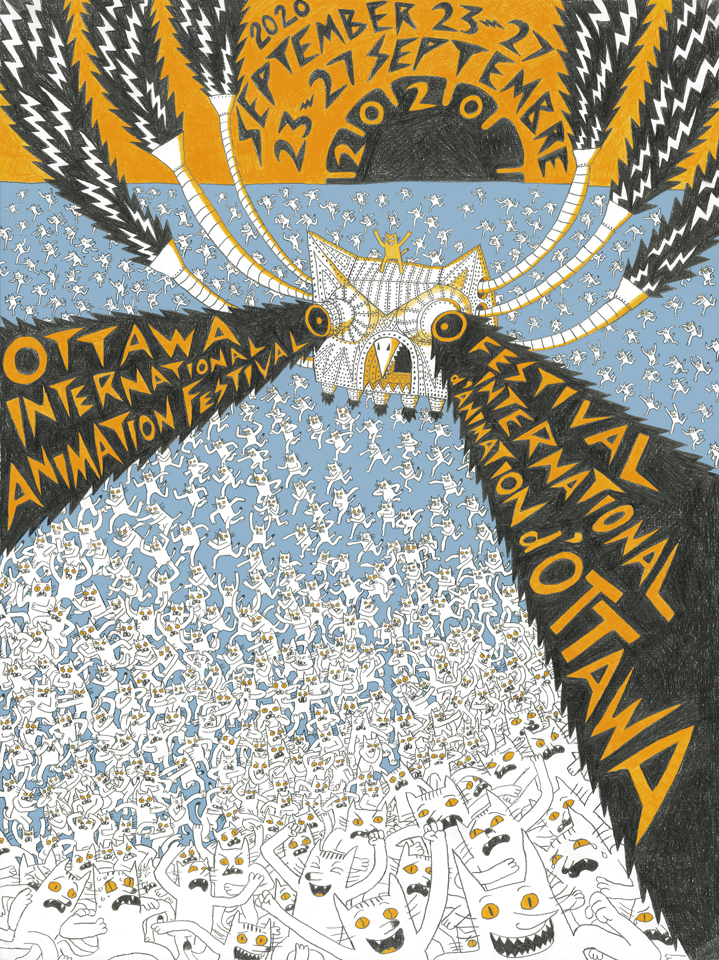 The animated short film "10000 Ugly Inkblots" originates from Chinese traditional culture and adopts the painting art form of Zhu Da and Shi Tao, two famous painters known as Pa-Ta Shan- Jen in the late of Ming dynasty and in the early of Qing Dynasty. With unique creative perspective and strong Chinese ink painting combined with modern animation language, the film tells the story of two calligraphy and painting masters who share the same interests with each other but have not met for a long time. "10 000 Ugly Inkblots" was jointly created by our professor Dmitry Geller together with teachers and students from the School of Animation Art.